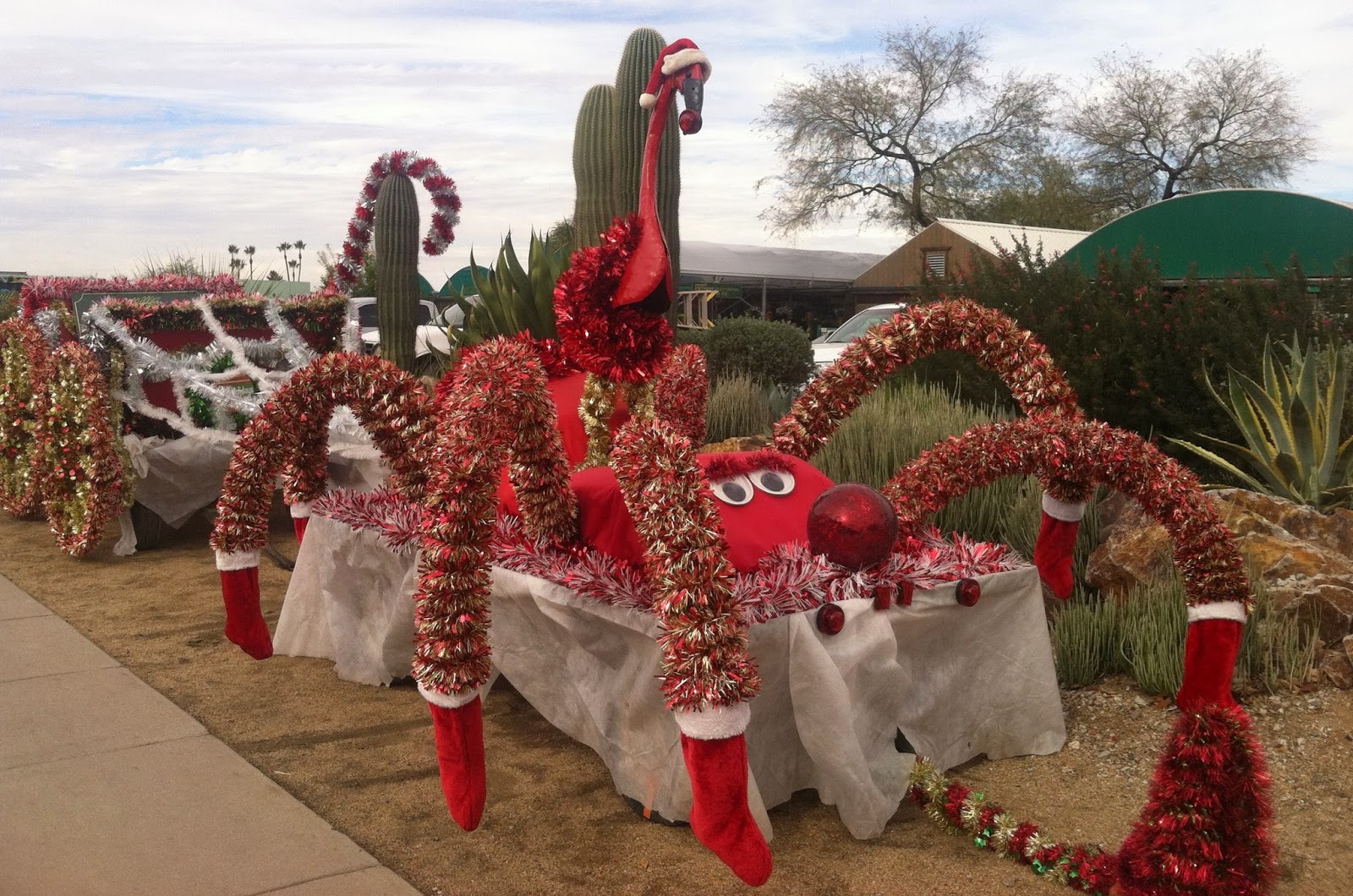 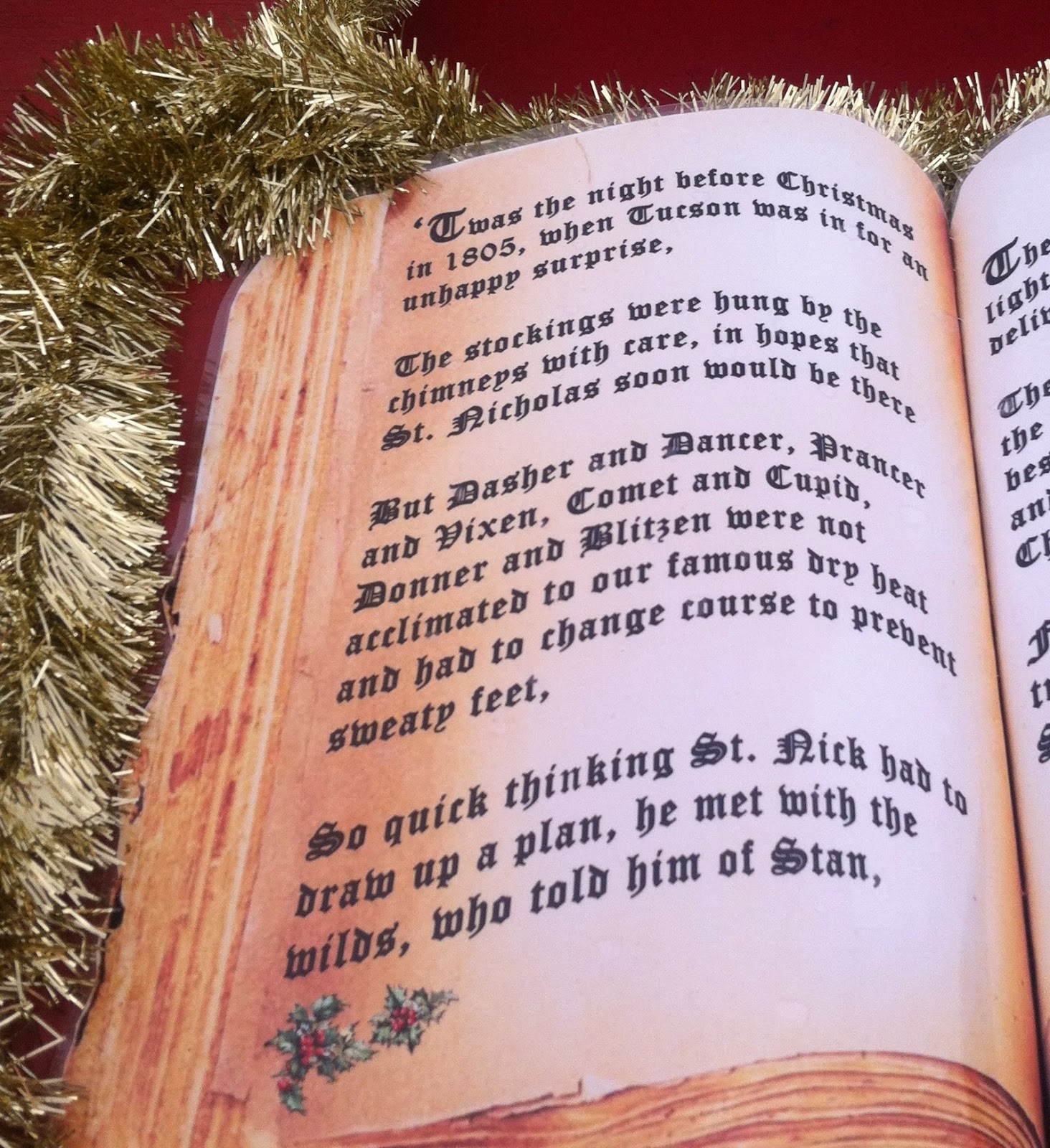 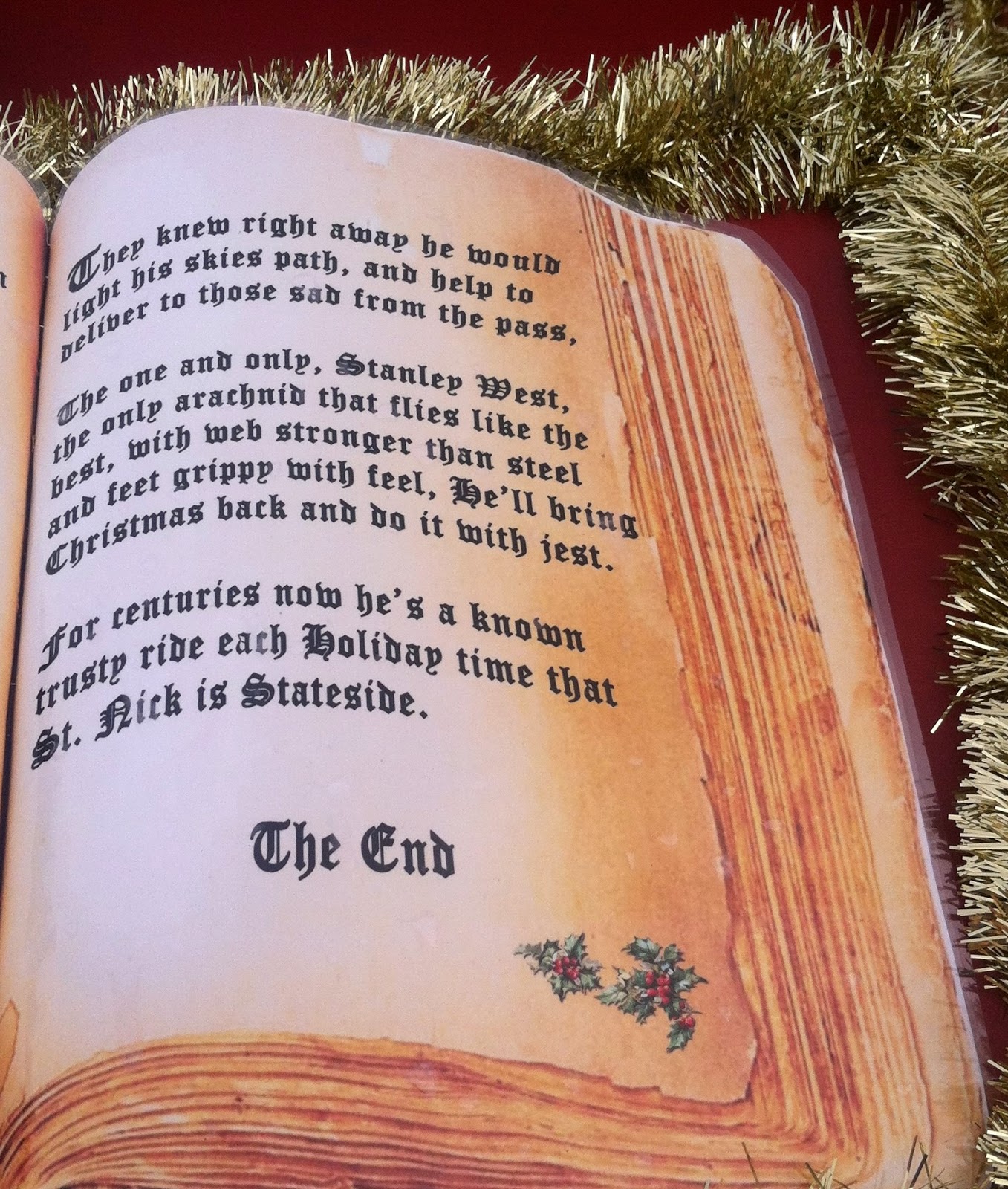 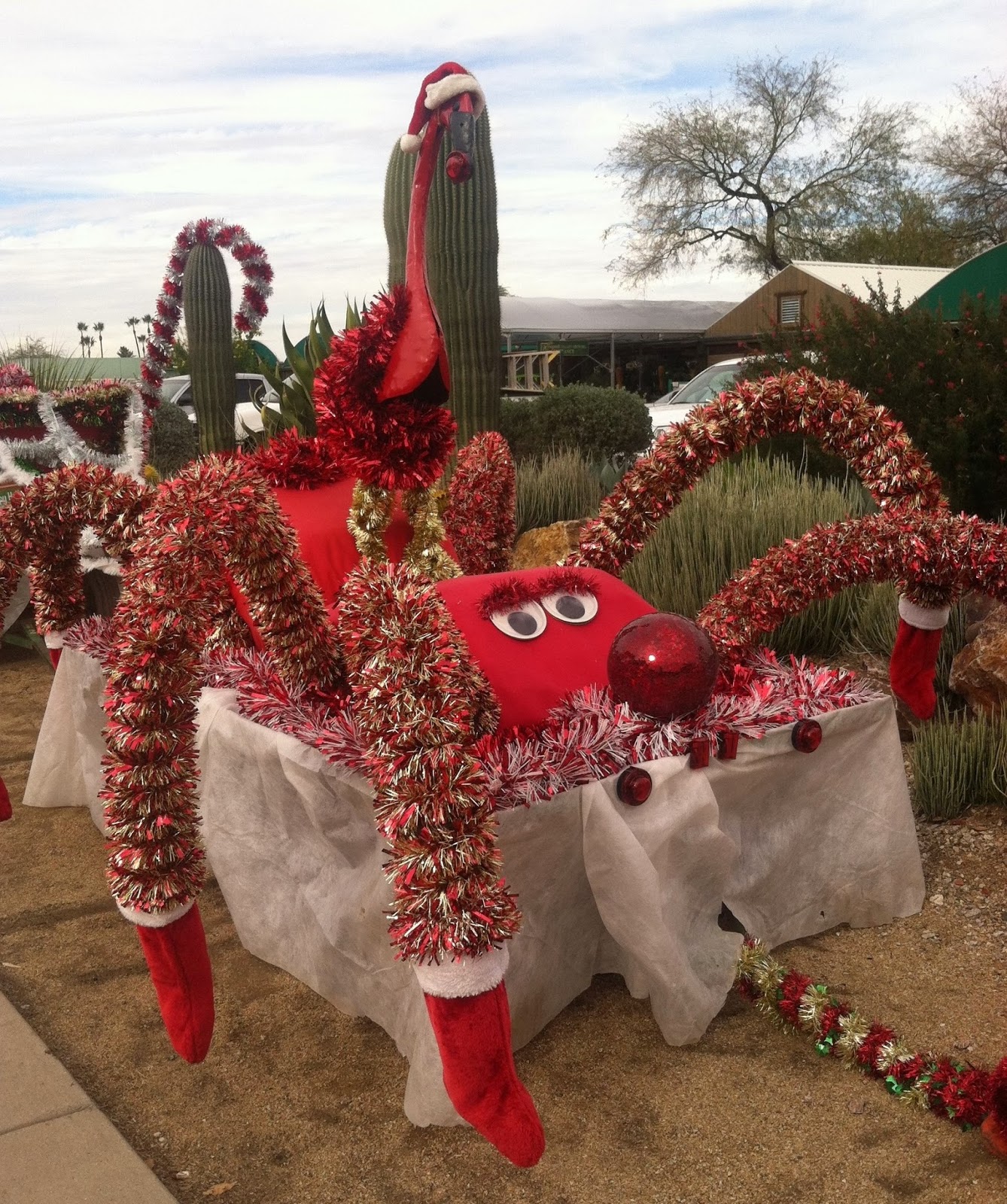 Wow! Until today I didn't know that Santa had an arachnid helper here in Tucson. Here's what the big storybook in the sleigh says:

" 'Twas the the night before Christmas in 1805, when Tucson was in for an unhappy surprise.

The stockings were hung by the chimneys with care, in hopes that St Nicholas soon would be there.

But dasher and Dancer, Prancer and Vixen, Comet and Cupid, Donner and Blitzen were not acclimated to our famous dry heat and had to change course to prevent sweaty feet.

So quick thinking St Nicholas had to draw up a plan, he met with the wilds, who told him of Stan.

They knew right away that he would light his skies path, and help to deliver to those sad from the pass.

The one and only Stanley West, the only arachnid that flies like the best, with web stronger than steel and feet grippy with feel, he'll bring Christmas back and do it with jest.

For centuries now he's a known trust ride each holiday time that St Nick is stateside.

So - you heard it here first: Stanley West is a Tucson folk hero! And check out his shiny red nose!