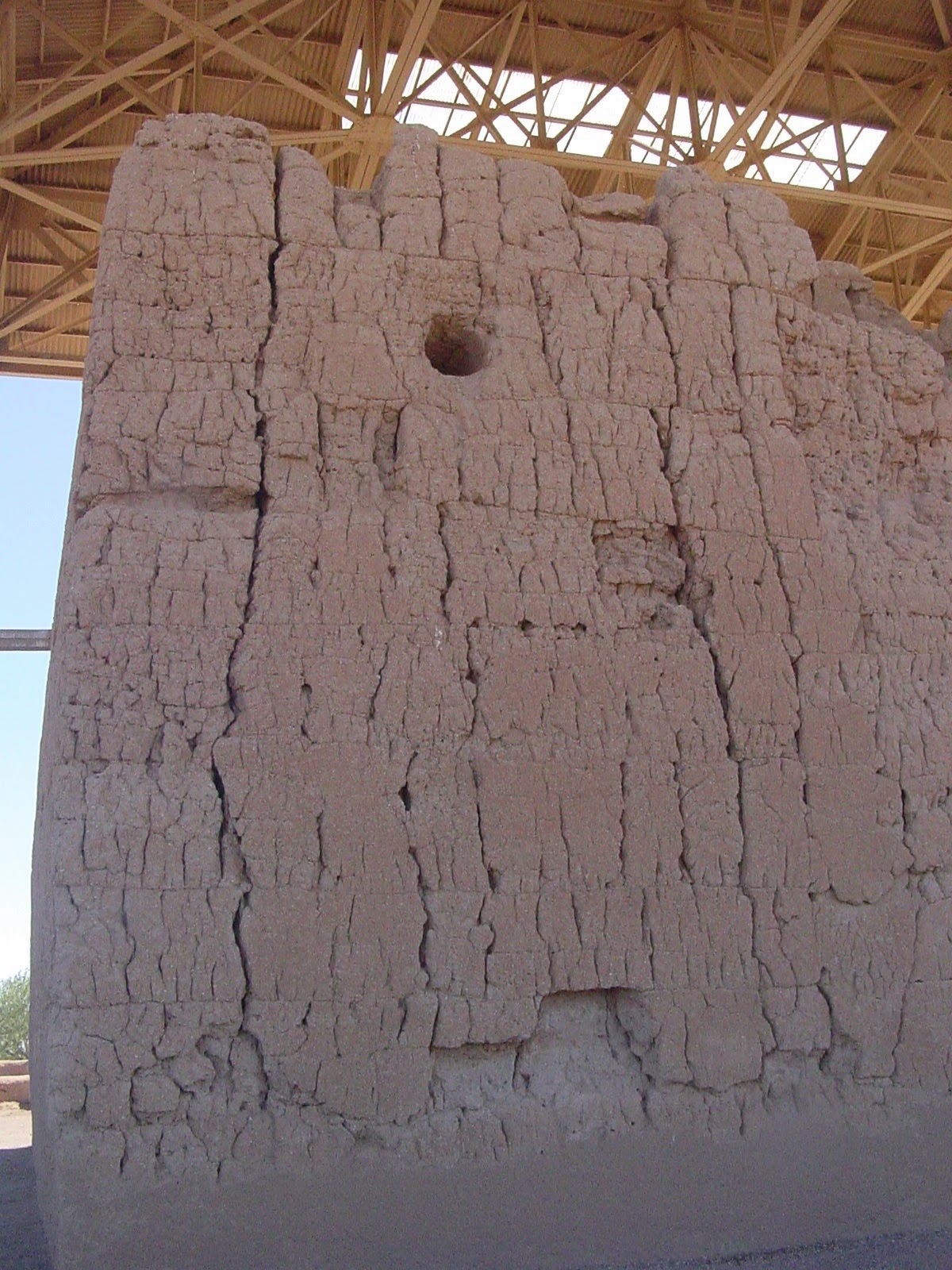 Here is the opposite side of the Casa Grande Ruins and it has very interesting features - windows high up on the structure that are believed to have been used as observatories. The small circular window shown here aligns with the setting sun on the summer solstice. Other windows and doorways align with the moon at significant times during the year. This suggests that the Hohokam devised a calendar system based on the motions of the sun and moon and incorporated that into their architecture. Similar to England's Stonehenge, this building may have served as an astronomical observatory and calendar.
Posted by Website Editor: Wordsmith at 12:00 AM