Two Rooms with a View ~ 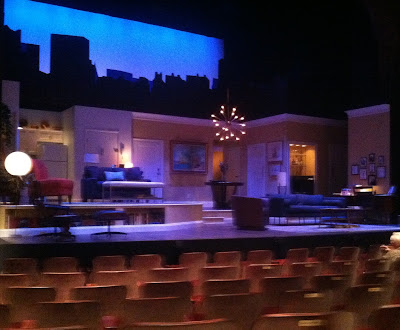 Currently the Arizona Theatre Company is offering Neil Simon's "Chapter Two" at the beautiful Temple of Music and Art. The stage set is clever in that it shows two apartments side by side which magnifies the humor in a long series of phone calls between George, the lead character, and Jennie, his love interest. David Mason knocks the ball out of the park with his portrayal of George, the widower novelist. The play was written as an homage to Marsha Mason, Simon's 2nd wife and inspiration for the Jennie character. Mason also directed this play.
Posted by Website Editor: Wordsmith at 12:00 AM