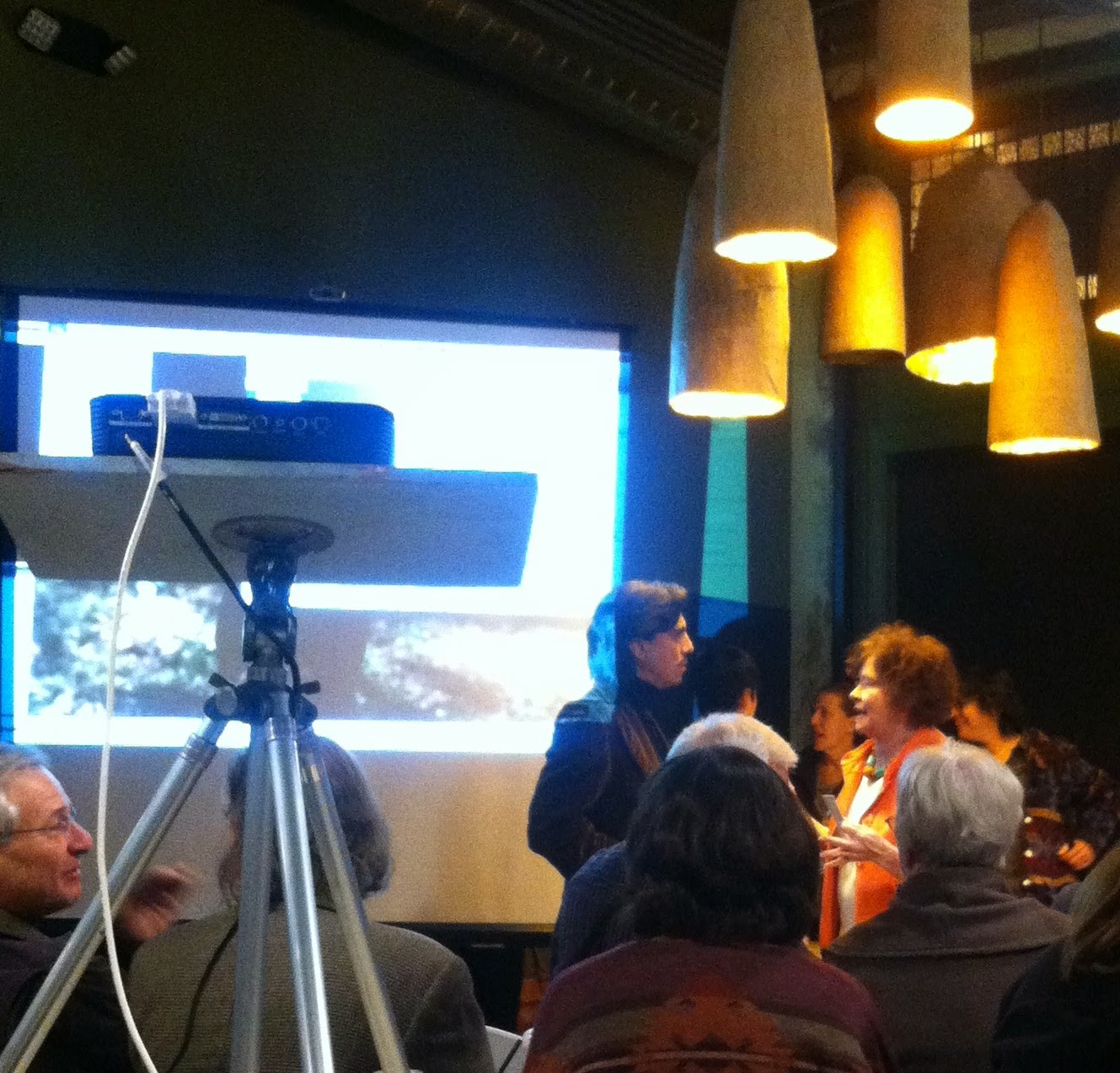 The Independent Film Arizona group hosted my friend Ginia Desmond (red hair, orange jacket) in a panel discussion of the making of her film, "Lucky U Ranch," as part of their ongoing effort to showcase Arizona's filmmakers. Ginia wrote the script and produced the film using all Arizona locations and mostly Tucson-based crew. Disney has interest in distributing this film! Go, Ginia!
Posted by Website Editor: Wordsmith at 12:00 AM