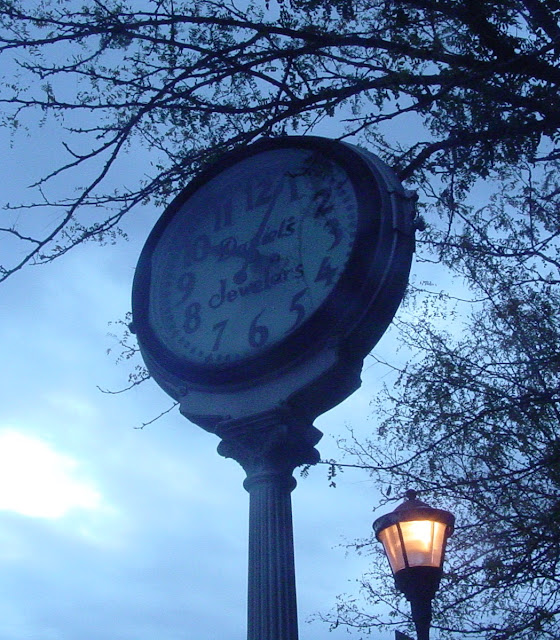 In the 1930's this beautiful standing clock stood in front of the Daniel's Jewelry Store on Congress Street. Downtown was busy and people would say "meet me under the clock" when they would connect with a friend. In the 1980's the City needed to remove the clock in order to work on the sidewalk. It was restored and moved to Church Avenue.

I mentioned that the walking tour I took got rained on (repeatedly!) and this photo looks as though it was taken in twilight because of the street light that is shining. As you can see on the clock, it was a little after 10:00 in the morning!
Posted by Website Editor: Wordsmith at 12:00 AM