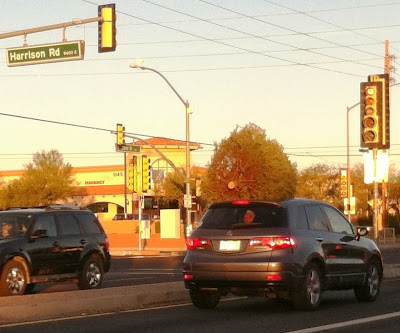 A wee bit early, perhaps, but this Christmas tree is now headed for recycling. Tucson's tree recycling program provides wood chips to the public - good for mulch. Traditionally, the dismantling of the tree was performed on January 5 (Twelfth Night). Twelfth Night was considered the official end of the Christmas season and was the precursor to the feasting that leads up to Lent. King Cake, anyone?
Posted by Website Editor: Wordsmith at 12:00 AM